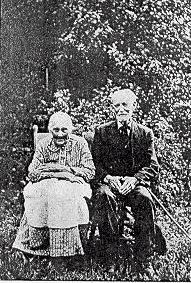 "Another son of Israel Garlitz and Ellen Robeson was Noah, their oldest son. He lived on Blue Lick and had one of the first grist mills in the area. You can still see where it stood if you know where to look. His cousin Zack had a sawmill nearby. There was a shingle mill here too. This area was a jumping place then. Now it is as deep a forest as it was in colonial days. He served in the Civil War too. Noah loved to hunt and I suppose everyone hunted then for their meat, but one day when he was going hunting his daughter Annie wanted to go along. This Noah refused. After Noah's departure, Annie decided to follow, so loading a gun she went after him. Meantime Noah encountered a mean old mommy bear with two cubs, and she charged him full force. When Noah raised his gun to fire, a tree branch whipped back and hit him across the eyes, blinding him for a time, making him helpless. Annie following, came across this scene, so bravely she raised her gun and fired at the bear, killing it. Needless to say Noah was grateful this one time for Annie's disobedience. The cubs being to small to fend for themselves, they took them home and kept them in pens, and they became quite tame. One day a circus man bought one for a traveling circus. I often heard mom talk of this dancing bear. Without its companion the other bear became mean, so Noah had a bright idea. He invited all his neighbors to a get-together, thus disposing of the bear in a good old fashion bear roast." Garlitz and Hetz History. 1981. Madeline McKenzie Maust 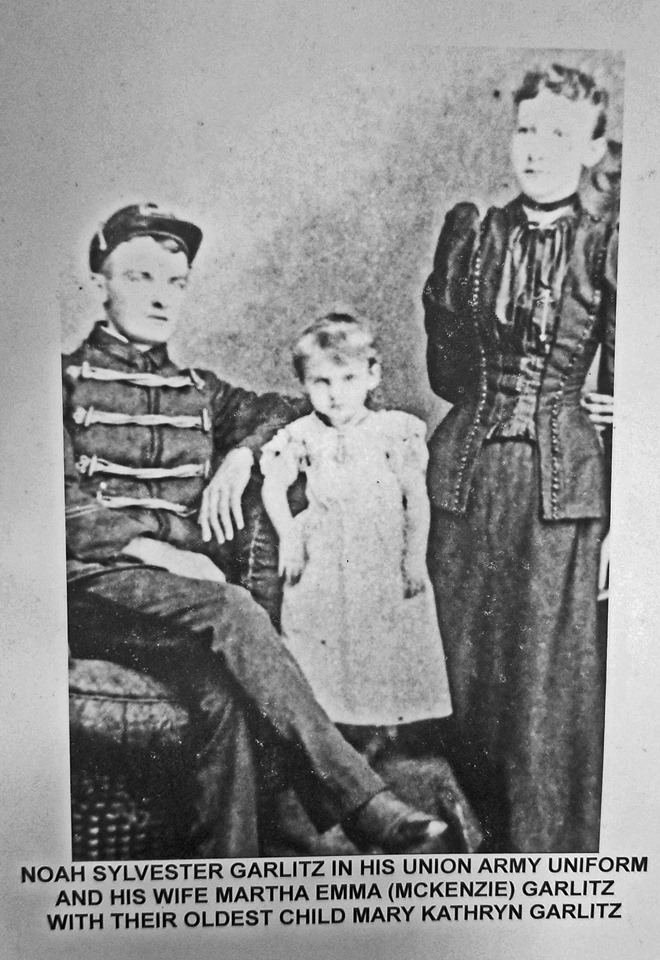 Madeline Maust writes that Shadrack and Barbara were married on "December 25, 1889 by Rev. Fr. DeWolf. Their attendants were Enoch and Agnes Garlitz, sister of the bride, and cousin of the groom. Shadrack's occupation was a miner."

Madeline also records the daughter as Mary Virginia, not Anna, and marrying Emery Younkin. Maust records her death as Feb. 1919.